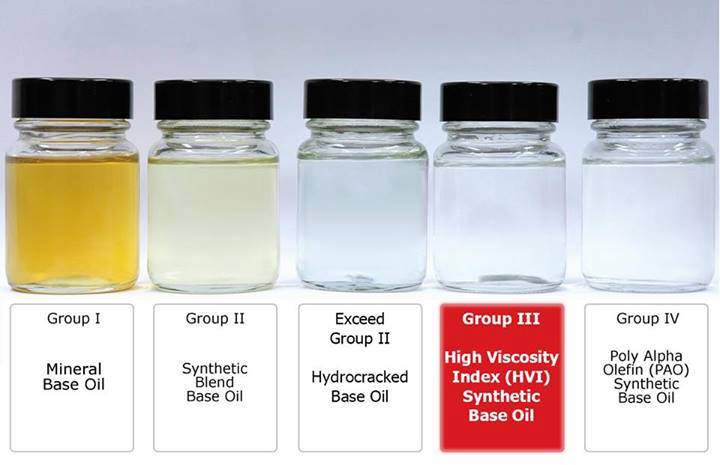 Group III base oils are greater than 90 percent saturates, less than 0.03 percent sulfur and have a viscosity index above 120. These oils are refined even more than Group II base oils and generally are severely hydrocracked (higher pressure and heat). This longer process is designed to achieve a purer base oil.
Although made from crude oil, Group III base oils are sometimes described as synthesized hydrocarbons. Like Group II base oils, these oils are also becoming more prevalent.
Esters are common Group V base oils used in different lubricant formulations to improve the properties of the existing base oil. Ester oils can take more abuse at higher temperatures and will provide superior detergency compared to a PAO synthetic base oil, which in turn increases the hours of use.
Unofficial base oil classifications are not recognized by the American Petroleum Institute (API), however, they are widely used and marketed for motor oils and automatic transmission fluids.

Please contact us to enquire about Grades available and their Specifications.