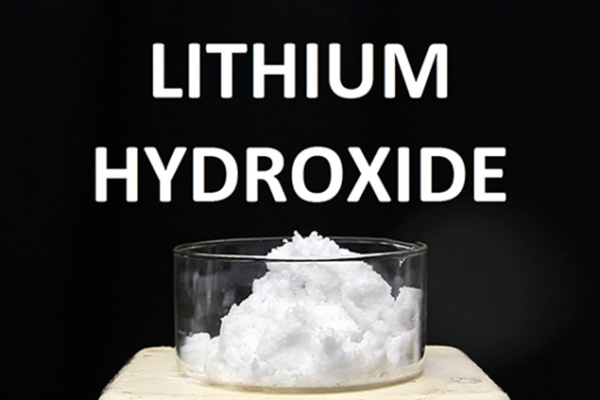 We deliver Lithium Hydroxide in 25 kg bags and 1 MT on each pallet. Feel free to inquire with us for pricing and delivery options.
Our support staff will be more than happy to assist you with information.

Lithium hydroxide is an inorganic compound with the formula LiOH. It is a white hygroscopic crystalline material. It is soluble in water and slightly soluble in ethanol and is available commercially in anhydrous form and as the monohydrate (LiOH.H2O), both of which are strong bases. It is the weakest base among the alkali metal hydroxides.

Lithium hydroxide is produced in a metathesis reaction between lithium carbonate and calcium hydroxide:

The initially produced hydrate is dehydrated by heating under vacuum up to 180 °C.

In the laboratory, lithium hydroxide arises by the action of water on lithium or lithium oxide. The equations for these processes follow:

Typically, these reactions are avoided.

Although Lithium Carbonate is more widely used, the hydroxide is an effective precursor to lithium salts,

Lithium Hydroxide is mainly consumed in the production of Lithium greases. A popular Githium grease thickener is Lithium 12-Hydroxystearate, which produces a general-purpose lubricating grease due to its high resistance to water and usefulness at a range of temperatures.

Please contact us to enquire about chemicals available and their Specifications.